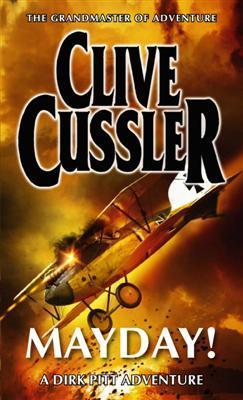 Major Dirk Pitt picked up the frantic distress call as he cruised his lumbering amphibious plane over the islands of the Aegean. Brady Air Force base was under fire, its entire force of jets destroyed on the ground . . . by just one First World War bi-plane!

A psychotic ex-Nazi, a bloodthirsty Greek strongman and a beautiful double agent set Pitt on the trail of the warped mastermind behind a devastating sabotage plot. And on that trail, danger and death are never far behind . . .

The second book in the Dirk Pitt series is as good as the first, with Cussler again showing that he knows how to write a good character. This time you don’t just have Dirt Pitt but also his best friend, Al Giordino, who only appeared briefly in the first book. Giordino is very obviously the light relief against Pitt’s more sensible character, but that isn’t all there is to him, nor does it mean he’s any less well-written.

Every character that Cussler writes, especially the main ones, show a very real personality, showing humour, compassion, strengths and weaknesses as the occasions demand.

The only reason I haven’t rated this book higher is the storyline, which is a little lighter than I would like; it’s well-written, I won’t deny that, but I would have liked more depth.